Paul Howard is a native north Texan who has lived with his wife in grapevine for over 20 years. He is retired, having spent a career analyzing finances and meeting the public.

Paul suffered a spinal cord injury after contracting the West Nile virus in August 2014. Eight months later, Paul found Neuro Fitness and discovered a new world. Here he found a place where the physically challenged could comfortably work out.

“This place proved to be just the sanctuary I needed to help me in my recovery. I couldn’t imagine a better environment for me and other physically challenged individuals to work to be the best they can be.”

Now a board member, Paul’s goal to share the secret of NFF with as many people as possible, knowing there are so many at home who can benefit greatly.

“Come join us. You will get better.” 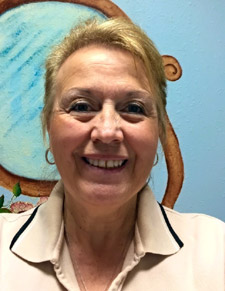 Connie Stauffer, born and raised in Tacoma, Washington. At the age of 16, her first full time job was with a company in Fort Worth where all employees were physically handicapped; some spinal cord injury, some polio, some diseased but never the less, all afflicted in one form or another. Connie worked side by side one of the owners of the company doing everything he needed done as all he could do was move his head from side to side. After 7 years, Connie was handling all office procedures including bookkeeping for the company as well as tending to her employer’s personal financial needs. She witnessed just about every personal problem someone with a disability could endure and worked with each of her co-workers to overcome whatever the issue was.

After she left their employ in September 1977, she remained in constant contact with them and was soon serving them in another way; providing transportation to the disabled through her employment at Lift Aids of Texas, Inc. and access to their homes and schools through Custom Home Elevator Co., Inc. She became co-owner in 1985 and still works daily to enrich the lives of people with disabilities.

As a supporter of NFF for many years, Connie’s motivation is to ensure NFF will forever be for the care and support of all persons with disabilities to always feel welcomed and cared for. Her purpose is to ensure NFF continues to enrich the lives of all people living with a disability and let them know they are not alone and will always be at home at NFF.

Thuy Layhew has a passion to help others and has been serving the community in various roles since she was in college.

She was born in Vietnam and her family was given a new life in the United States in 1975. Even though her family was very poor, she watched her parents help the even less fortunate. This inspires her to give to others.

Thuy discovered NFF in 2014 and started using her technical and project management skills to assist the organization with its fundraising events. She officially joined the Board in 2016 as Secretary but wears many hats ranging from project planning to contract negotiations which she drew from her 15 years of experience at Southwest Airlines.

While Thuy has done a variety of service work, she feels most rewarded when she sees NFF service making a big impact on its clients. “It is gratifying to see our clients help and inspire each other. Like our staff and volunteers, the clients are the heroes of NFF.” She feels blessed to witness the increase in demand for the services NFF provides to the special needs of its clients by a one of a kind facility in North Texas.

Membership to the Neuro Fitness Foundation is open to individuals with neurological challenges to meet their fitness goals to maintain a healthy lifestyle.

Please consider helping the Neuro Fitness Foundation with support either in the form of donations or sponsorship. Your generosity is appreciated!

If it wasn’t for Neuro Fitness Foundation, I would have never been motivated by myself to regain all my movements and even walk again.

The NFF is a non-profit 501(c)(3) public charity that provides a specialized gym for strength and cardiovascular training for pesons with neurological issues and their related lifestyle challenges.
© Copyright 2018 Neuro Fitness Foundation. All Rights Reserved.